A New Chapter in our Drag Racing history! 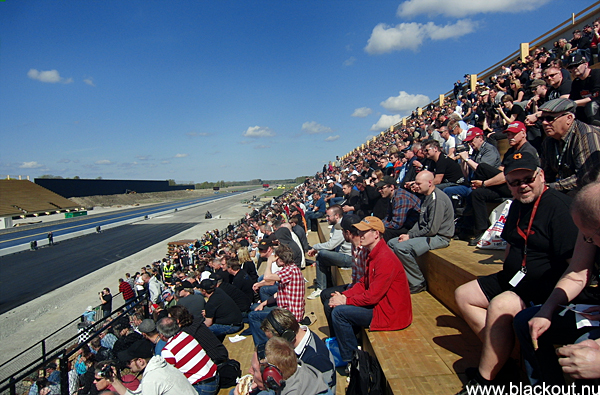 Tierp Arena is the Big thing in Swedish drag racing in 2011 - and for many years ahead.
It stepped up the European standard to the best of USA. This arena track - which has the NHRA track
in Chicago as a model - was started to be built only in November 2010! They built it during one of
the hardest winters known in Swedish history! Why they managed to do it?
It was hot rodders doing it! The Right Stuff!

Report on our first happy visit at Tierp Arena here!

As you saw via link above our family was here on the "small" premiere in May 7-8 and we said that
we absolutely should race here on the Big Premiere at the FIA Swedish Internationals on June 9-12.
So once again we classed Blackout SS in Super Gas with breakout at 9.90 and Kent Edin did the
same so we could have some good fights during qualifications! Report will come here soon.
The rest of the season will be decided as we go along!
Tierp Arena website

Page updates when we see how the race schedule forms during
the season and what we will choose to run.