A day with Fifth Gear Europe
for Discovery Channel

This was started with our buddy Tog at Eurodragster.com who was asked by Rick at Santa Pod if he
knew any "American streetcars and dragsters" in the Gothenburg area. So I got an email from James
Redgate from the group producing not only the well known series Fifth Gear but now also producing the
new and widened series Fifth Gear Europe - to be shown on Discovery Channel beginning this winter.
We had a couple of busy days to clean up in TBDGIT and fix our stowed away and forgotten cars. 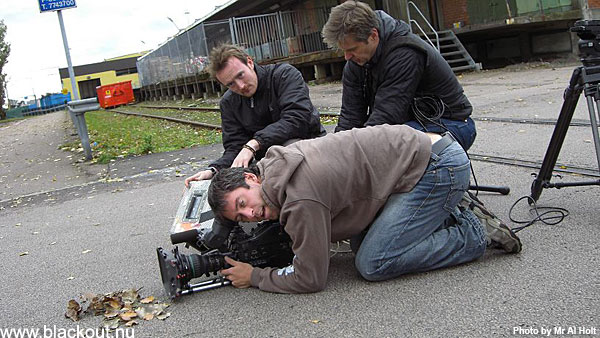 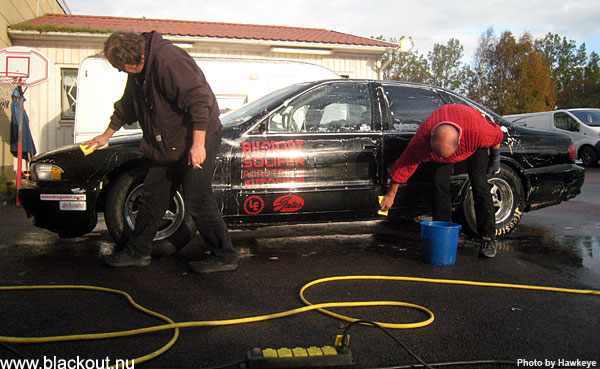 In the morning we had warming sun. Tony and I washed and waxed the Blackout SS. When we were
done it started to rain. And that's the way it should be. We didn't even bother. 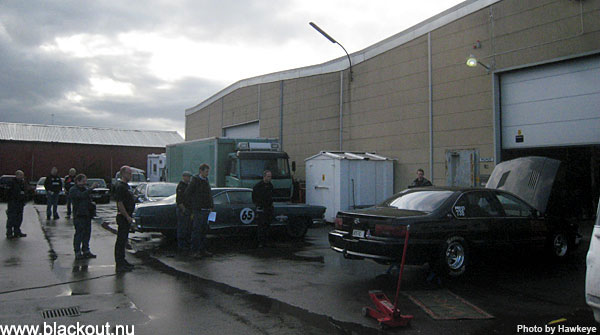 Mark, Rob and Dan showed up just in time for warm up and checking. But we had already decided to
start with Patrik's Camaro since he held most people away from work on this Thursday. And now also
the rainy weather made the indoor shootings of Team Thriller the smartest. 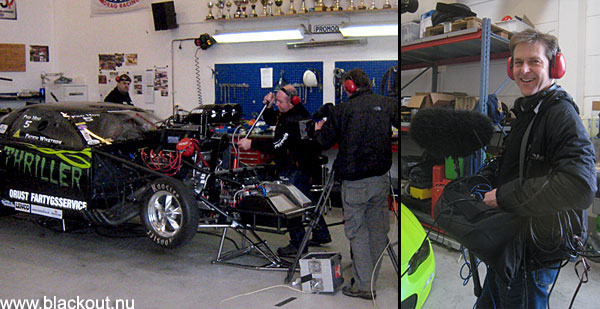 Ear muffs on! The sound technician Rob could still hear the 2500+ horsepower! 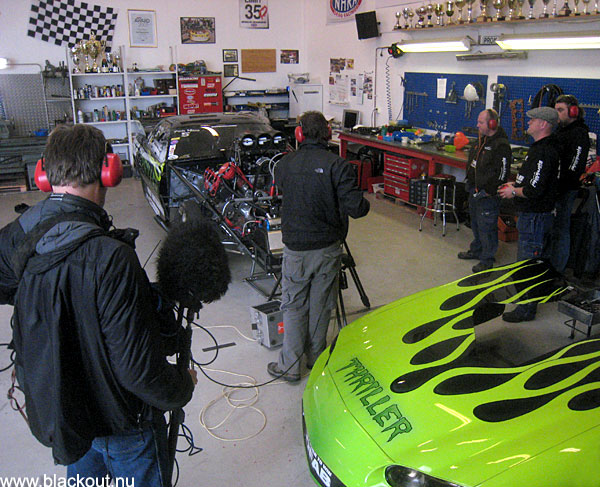 After few minutes we all had to escape out into fresh air because of the sticky methanol fumes. 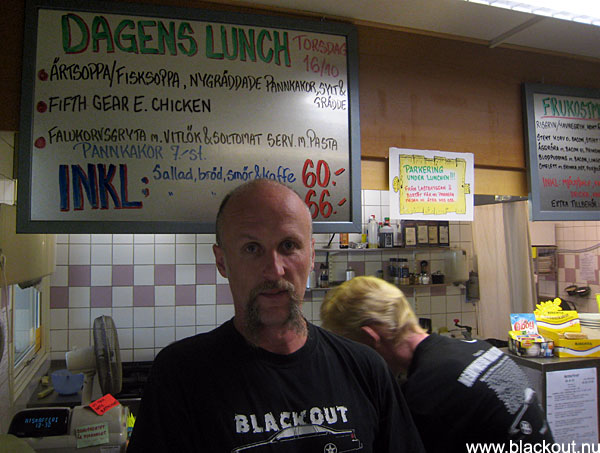 Time for lunch. Svensk Husmanskost / Swedish cuisine on a Thursday always offers pea soup and
pancakes. "Are you foreigner? Eat this!" Tony and Hawkeye had the chicken as most of us, but
I had Falukorvsgryta with pasta. 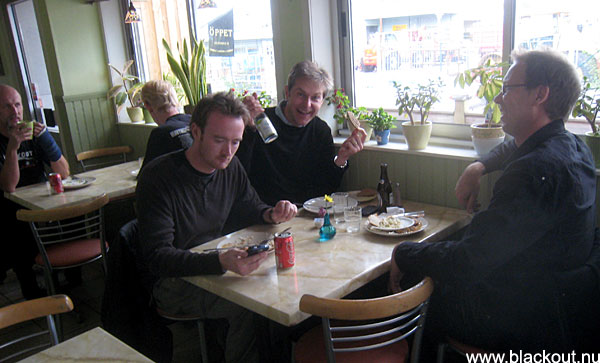 The place we were at was "Du & Jag" (You & Me) a breakfast and lunch restaurant just two blocks
away from TBDGIT.

A lot of folks were visiting the event. Rickard "Hawkeye" Waltgård, one of the Street & Strip reporter
crew didn't want to miss any starts, revs and burnouts. Last chance before winter. 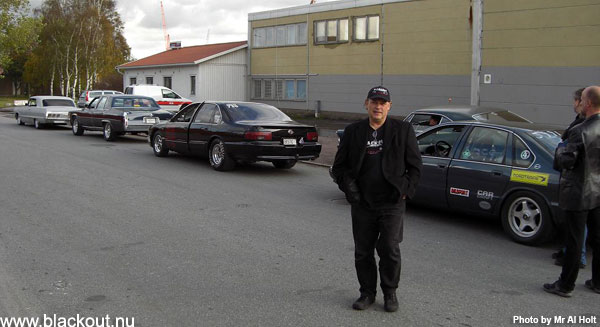 Mark wanted all present American cars on a parade driving down the Järnmalmsgatan. That also
included Tommy's everyday Cadillac, Sören "Fixarn" Fjällstedt's everyday Pontiac Catalina and of
course Karl Ellwein's Impala SS. Tony Tight drove Karl's car and Hawkeye in the back seat waved
with a Swedish flag! It couldn't have been more ragger style than that. Midsummer or what? 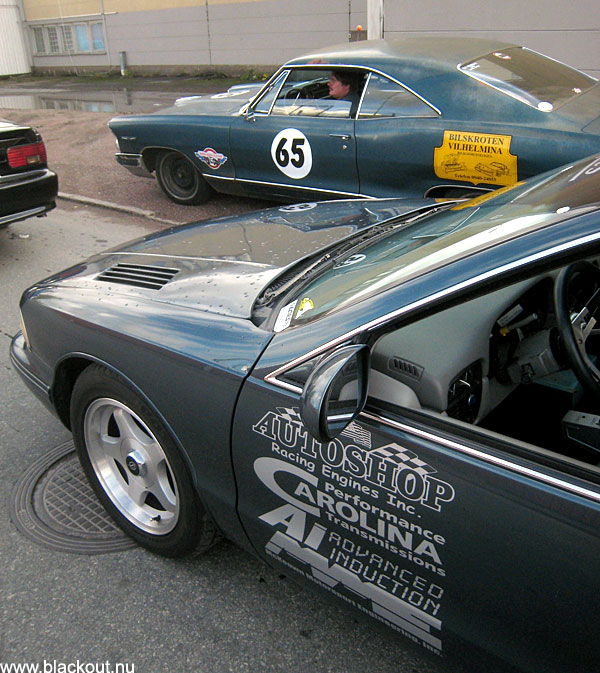 Maybe too many sponsors displayed to be a real ragger parade. 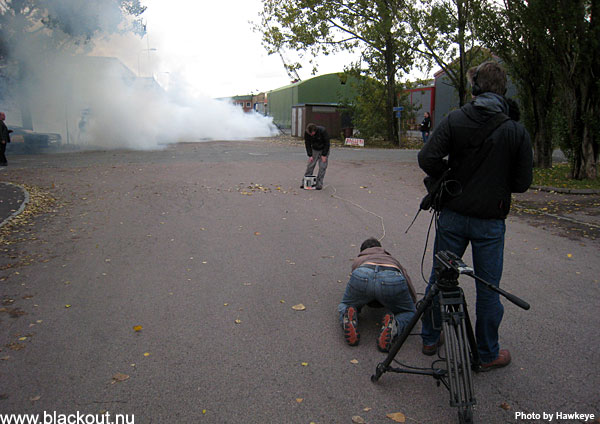 Blackout could deliver burnouts which also were of their interest. The transmission was bad before this
and it didn't get better for sure! It was clearly going worse each burnout. 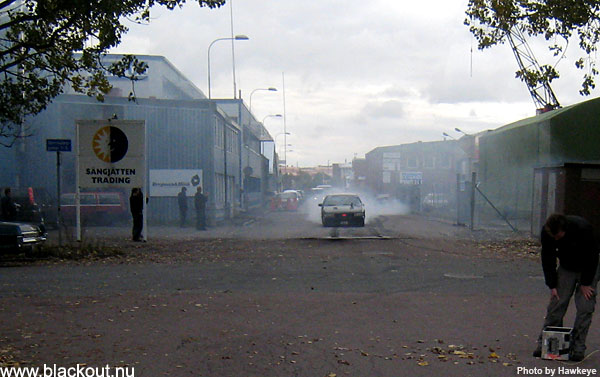 It almost didn't shift to 2nd gear in the burnouts...luckily it doesn't show on video. It was a happy
event, the roar of the blown Jeezus engine was heard over the blocks and people rushed out from their
work on the street and cheered and took pictures with their mobile phones! It was thumbs up, smiling
faces and no calls to the police. It was a filming, so... And everybody likes a good burnout. 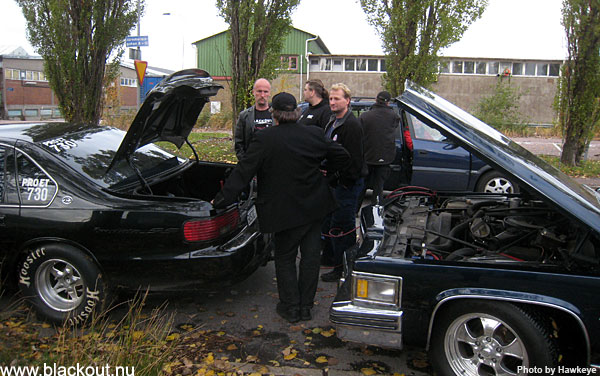 Blackout SS got terribly hot after a while, so I ran all fans and pumps with engine off to cool it down,
supported by Tommy's Cadillac Sedan De Ville. 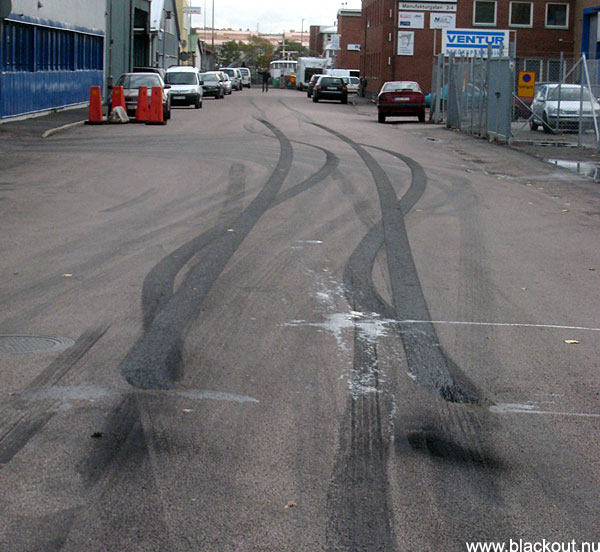 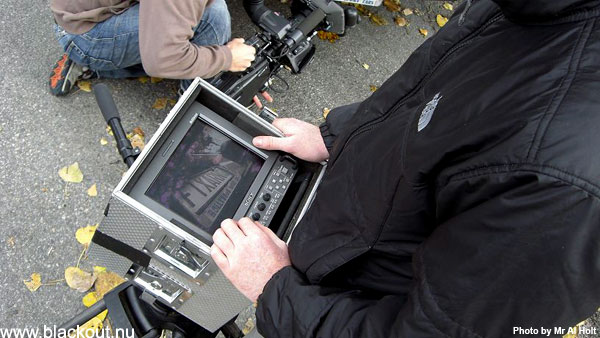 While waiting for Blackout to cool they started to work on Fixarn's Catalina. Always in action. They were
not even interested of a break for Afternoon Tea at 3 o'clock PM. These Englishmen had coffee. 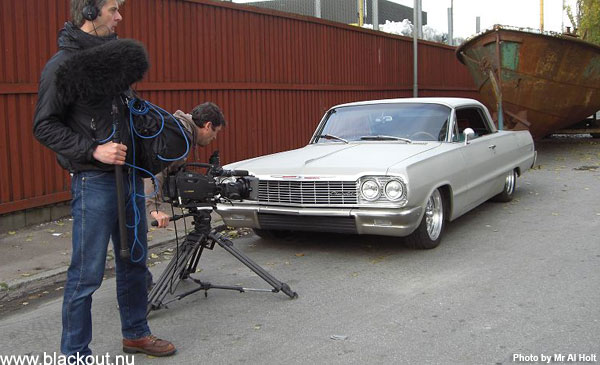 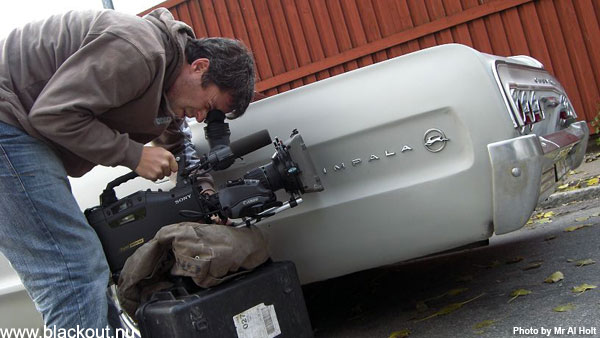 Dan did a lot of nice details shootings.

The Director Mark is also a photographer so they easily changed positions to keep the pace going. 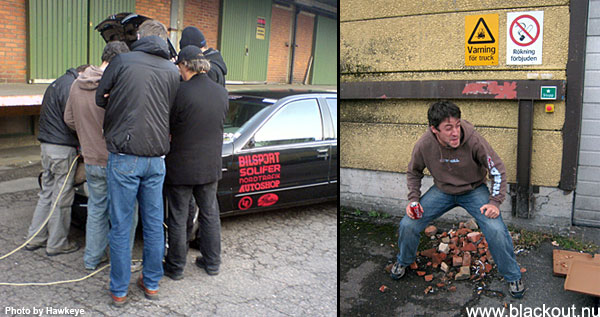 Sometimes the crew grew to get the right light for the video. Dan s****ing bricks. An English
expression. 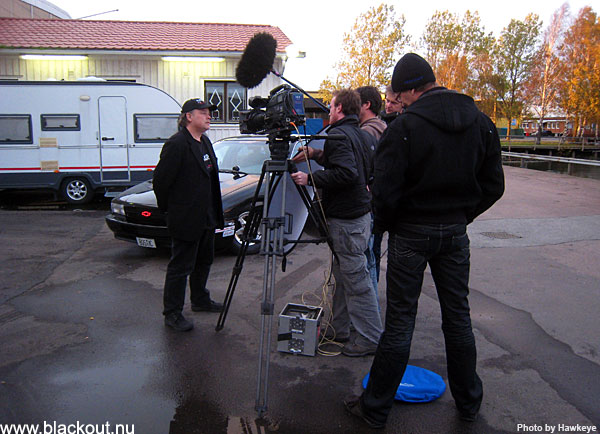 "This is a 1996 Chevrolet Impala SS, the last of the rear wheel driven cars from General Motors..."


Thanks Mark, Rob and Dan for your interest in the long day shooting. You did a very good work!
And thanks Tog, Rick and James for making it happen!
Now let's hope it turns out good in Fifth Gear Europe on satellite. I'll be back with airing dates
on Discovery Channel as soon as I know myself.